Among all US sports, major league baseball is what gives your the biggest among of arbitrage deals. But ‘constant vigilance’ has to become your motto here, because one of the legs being voided is a very common situation here because of the differences in the rules between various bookies. The majority of those difference lies in the way the bookmakers deal with the baseball pitchers. For example, MLB has been known at a point for voiding books whenever the listed pitcher failed to start the game. According to the Murphy’s Law, in such cases they will most certainly void the winning team.

Well, okay, not so certainly, but it’s safe to say that a voided bet is never good for you in the entirety of things. MLB often offers high margin arbs, however, and from time to time you can even get some over 20$ ones, so this system is still very worth looking into. Just care to study all the rules the bookmaker has regarding the pitchers carefully and make sure that all the books involved in your latest arb deal list the same pichers, unless some of them state that the price still stands no matter the pitchers. Arbitrage trading with such bookies can be incredibly advantageous as such, mind.

When it is already late in the baseball season, pitchers may change very often; moreover the change is almost always announced when the game is about to start in less than two hours already. Pitchers usually get changed for perfectly valid reasons, such as injuries or sickness, but this fact hardly will make your disappointment less bitter. The price of the team can be influenced dramatically by such a changed, messing with your plans, especially since some bookmakers react faster and some laze out for a certain period – and the latter usually belong to the part of the market where the pitcher’s name doesn’t matter. Do monitor pitcher changes in order to be able to get a high margin surebet. Of course, this will include dedicating enough time to following the news.

MLB can offer you several big markets: Run Line, Total Line, Money Line and the like. You’ll start seeing arbitrage betting opportunities when it will be something like mid-afternoon in UK, since those are the US bookmakers that post the majority of the prices on their sites. The bookmakers in UK are seldom as fast as their US colleagues when it comes to changing the prices, so you can hope for long-term arbs with the baseball World Series and the like. However, not everyone will like grabbing arbs when it is over a week before the arb, as this way the funds get semi-frozen for a pretty long time. Gamblers who like their turnover to be swift wouldn’t like it. However, the prices for the winner of a series or a league can sometimes be used in arb deals that also involve individual baseball games. Such sports arbitrage  deals are not what arb services can search for, so they are normally pretty long-lasting.

For example a league leader whose victory is priced at 1.20 has got a single game to go. His rival in this game is priced at 4.8. So, here is your unobvious, yet more than fine arb deal! 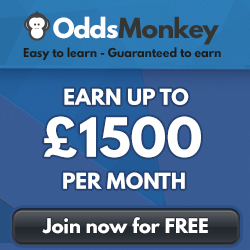